Day of the Dead 2016 Cocktail Menu 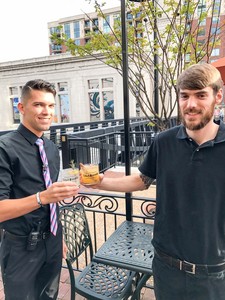 This year’s Day of the Dead cocktail recipes were created by Manager, Chris Webb, and Bartender, Kevin Papile. Chris and Kevin were having fun experimenting with flavor combinations and using ingredients that they don’t get to use every day. It’s a celebration, so they got to think outside the box! 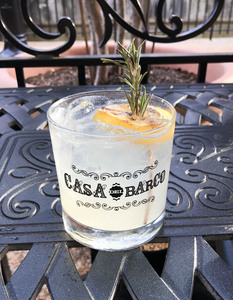 To create this craft cocktail, Chris began with the idea of combining the earthy flavors in tequila with the slight sweetness of sparkling wine. On the earthy side, he went with a blanco tequila, which has a natural peppery taste, and the bold flavor of rosemary. For sweetness, he adds the lemon simple syrup, but gives it a little earthy element with the flame. The sparkling wine tops off the cocktail and brings all of the other flavors out. Interestingly, the charred rosemary is really more of a smell that you experience as you sip the drink. Perfect for a Day of the Dead celebration, Chris says the Carbonizado Fizz is “all about highlighting key Fall flavors.” It’s a beverage that is refreshing but cozy at the same time! 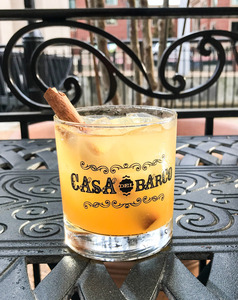 Kevin knew that he wanted to do an anejo drink, so he started by talking to Chef Zach Wingold about flavor pairing. Chef suggested using orange and ghost peppers to complement this particular tequila. The opportunity to use ghost peppers in a Day of the Dead cocktail was too good to pass up. So, now the drink needed its sweet element. Kevin turned to the agave liqueur that he likes a lot but doesn’t get to use often. Kevin likes to create drinks that have a “different dimension of flavor, like some spice or something a little surprising. This one certainly hits ya with that spice!” Kevin assures us that the tiny pinch of ghost pepper powder is plenty--don’t try to be a hero on this one! 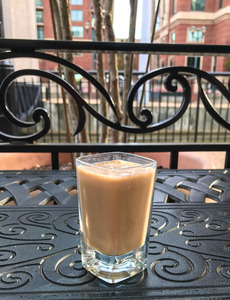 This one is a shooter that Kevin has been playing around with for a while now. It is another concoction that is partly inspired by getting to work with some ingredients that he doesn’t use every day. The ancho chile liqueur pairs well with a darker tequila, so you end up with a kind of White Russian with a Mexican twist. It’s rich and decadent, so if you want to make it into a cocktail, it could be, as Kevin puts it, “a sort of drink-your-dessert kind of thing.” It definitely tastes like a special occasion drink, making it a great choice to celebrate Day of the Dead.

Stop by and try one (or all) of the specialty cocktails during Day of the Dead weekend (Friday 10/28 - Tuesday 11/1). Take a great photo of your experience, post it on Instagram mentioning #casadelbarco, and be entered to win a $25 gift card! We’ll pick a new winner each day!

And ICYMI, here’s a link to the Day of the Dead special food menu.